The Conditorei Sluka has been an insiders’ meeting place for the cream of Viennese society since the late 19th century.

It has always been as popular with high-profile businessmen and scholars as with artists and politicians.Right from the days of the founders, Wilhelm Josef Sluka and his wife Josefine, top-quality products and confectioner’s artistry guaranteed a steadily growing stream of customers and an ever-increasing band of regulars ranging from the Empress Sissi to Oskar Kokoschka.

The history of Conditorei Sluka 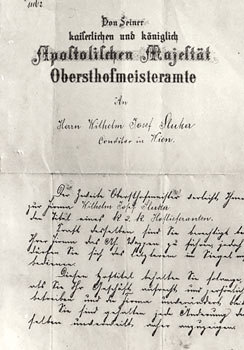 It was in 1891, in a building in the style of a Ringstrasse palace from the “Gründerzeit” (mid-19th century) at Reichsratsstrasse 13 (nowadays Rathausplatz 8) in Vienna's 1st district, that Wilhelm Josef Sluka founded a Conditorei (coffee house) which was soon to become world-famous. Wilhelm Josef Sluka and his wife Josefine very quickly succeeded in making it Vienna's leading coffee house. After just nine years, their tireless work earned them an Imperial & Royal Warrant of Appointment issued by the ruling imperial family: From 1899, Sluka was allowed to call himself "Purveyor to the Imperial & Royal Court", thereby becoming the imperial confectioner in Vienna.

The coffee house, designed with simple but refined elegance, soon became the meeting place for Viennese society. Empress Elisabeth was just one of the guests who appreciated the quality, craftsmanship and exclusivity of Sluka’s, along with ministers and delegates from the Parliament next door, town councillors, actors and directors from the Imperial & Royal Hofburgtheater, and members of the aristocracy and bourgeoisie. 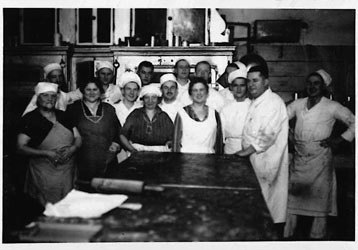 This tradition of attracting a distinguished clientele has continued to this day, as can be seen from the entries in the Guest Book, which reads like an extract from a “Who’s Who” of the Second Republic. Federal presidents from Dr Karl Renner to Dr Kurt Waldheim, chancellors and party leaders from Dr Alfons Gorbach to Dr Wolfgang Schüssel, Mayors of Vienna from Dr Theodor Körner to Dr Michael Häupl have enjoyed and continue to enjoy our beautifully crafted sweet treats such as the Sluka Torte that are famous well beyond Austria’s borders, but best savoured in the unique atmosphere beneath the historic arcades.

Wilhelm Josef Sluka (1861-1932) was a leading figure and pioneer in the Viennese confectionery industry which was already starting to achieve worldwide fame by the end of the 19th century. A significant role in his success was played by his wife Josefine (1864-1954), who worked tirelessly in the interests of the prestigious business. Sluka’s unique creations are still made today based on the traditional original recipes.

Wilhelm Josef Sluka was always ahead of his time. He was the first confectioner in Austria to use small machines to help with his work in the bakery. He was commended for the high quality of his products at an exhibition of culinary artistry in 1898.

Wilhelm Josef Sluka found a worthy successor in Alexander Jeszenits. Jeszenits had been lucky enough to train at the Café-Konditorei Zwieback in Vienna's 1st district and had built up further valuable experience at Café Gerbeaud, Budapest’s leading coffee-house. When he took over, Jeszenits altered the interior while retaining the historic and intimate ambience. The Conditorei Sluka remains to this day a stylish meeting place for the cream of Viennese society. If you listen, you can still often hear older regular customers saying: “This is where I brought my wife for our first coffee together.”

Alexander and Anna Jeszenits made sure that the craftsmanship of the Conditorei Sluka attracted the attention not just of the Viennese but also of visitors from the whole of Austria and farther afield. Jeszenits continued the tradition of using the old recipes, and also followed in Sluka’s footsteps as a pioneer in the methods of the modern bakery. He was the one who used small electric machines in production for the first time.

From 1960, the traditional Conditorei Sluka was run by the Beranek family. After just three weeks of renovation, the Beraneks welcomed their first customers on 20 August 1960. The rooms were redesigned but preserved in the original style, with the light fittings and stucco work still dating from the Gründerzeit period. One revolutionary development was the acquisition of the Conditorei's first chilled cabinet on the counter. The Conditorei's present appearance, with comfortable upholstered benches and the traditional Thonet chairs that are typical of Viennese coffee-houses, dates from a second period of renovation in 1975. New features are regularly introduced to ensure that the shop continues to meet today’s high standards for the quality in terms of both craftsmanship and hospitality. 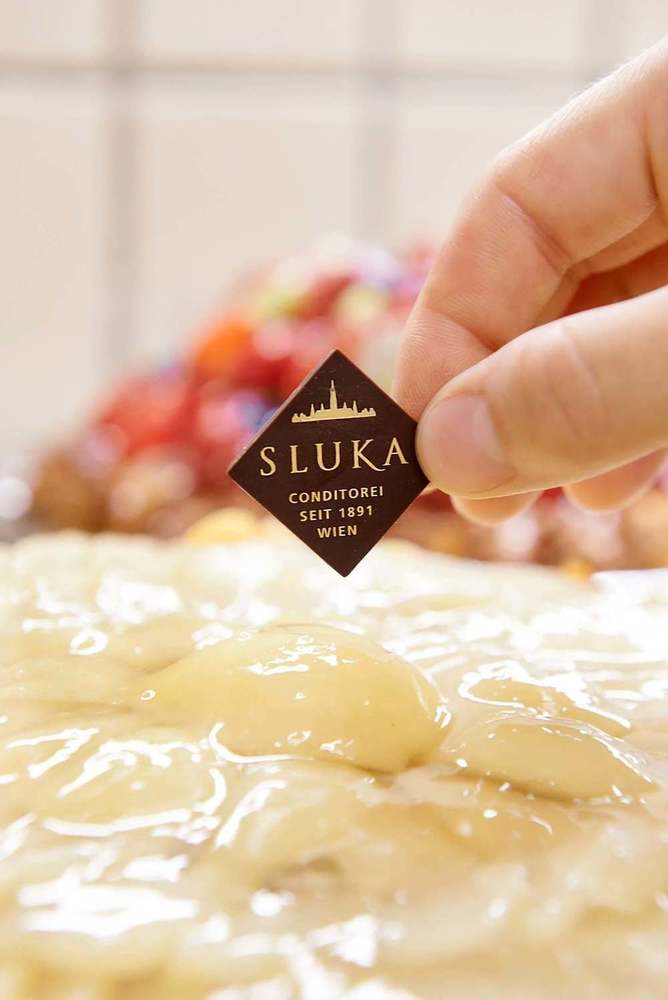 The first coffee house owner was a spy

In reality, the owner of Vienna’s first coffee house was an Armenian merchant called Johannes Diodato, who, on 17 January 1685, was granted the first licence to dispense coffee by Emperor Leopold I 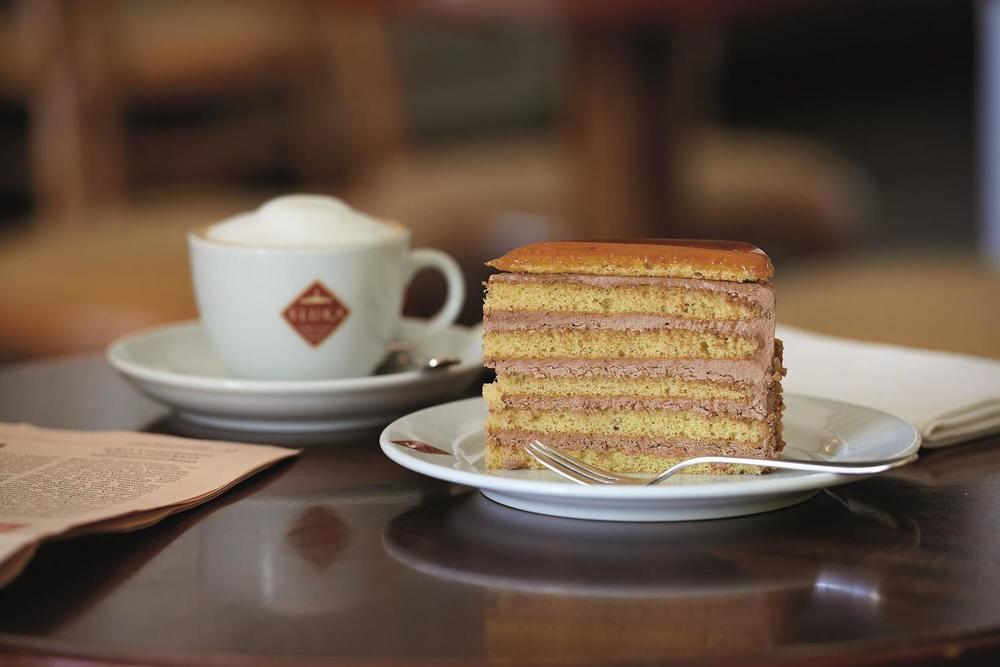 People usually enjoyed themselves playing billiards or cards, even though playing cards was officially banned until the end of the 18th century. Owners of coffee houses risked a fine of 1000 kreutzers. 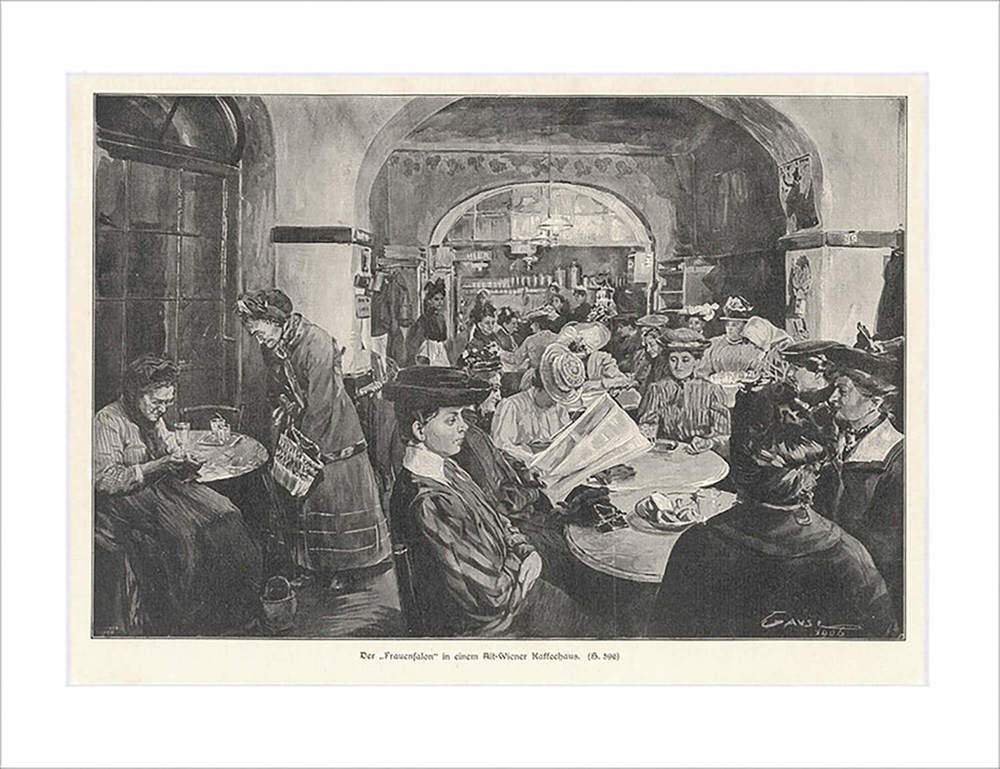 How newspapers arrived in coffee houses

The first newspapers were found 1720 in Café Kramer on “Am Graben”. This drew in illustrious guests like writers, artists and professors, who would devour the often anti-government or anti-monarchy articles from all over the world.

Entering a new era in history

Since 2014, the Conditorei Sluka has been part of the Austrian List Group, which will provide the traditional business with long-term stability. Not only is the long-established quality of the craftsmanship preserved but the new ownership means it can now also be guaranteed for the future.

A meeting place for artists – immortalised in literature

The name of the Conditorei Sluka has even entered literature, thanks to the famous Austrian writer Thomas Bernhard, who referred to it in the last act of his sensational play “Heldenplatz”. Bernhard himself loved our dainty and traditional pastries. A look through the Guest Book shows that politicians and, in particular, artists of all kinds have been frequent visitors to the arcades.

The Imperial & Royal Conditorei Sluka was, in a small way, instrumental in fostering one of the most successful international careers enjoyed by an Austrian artist in the 20th century. An art teacher once sat at his desk and told his pupils a fairy-tale. Afterwards, he said: "If you like, you can illustrate the story. But if you want to draw something you have seen for yourselves, that’s fine, too." A little girl took him at his word and drew a picture of the Conditorei Sluka, where her father had recently taken her to reward her for her good marks with sweet treats. She drew the delicious hazelnut doughnuts, the display cabinets and the waitresses in their white bonnets. While her teacher liked the drawing very much, it appealed less to the headmaster, who also regularly inspected the children's drawings. He was very disconcerted by the picture of the coffee house, because the school's curriculum did not allow for this kind of “primitive” drawing. The girl’s picture ended up in the waste paper bin and the teacher was dismissed from the private school in the Wallnerstrasse in Vienna's Währing district and – now unemployed – had to make a living by selling his own drawings. The name of the former teacher and now freelance artist was Oskar Kokoschka.

The spirit of the age

The long-established and traditional product range at our Imperial & Royal coffee house in Vienna has been regularly updated by the Beranek family and, since 2014, by the List Group. It now extends from Hungarian Dobos Torte to the trademark Slukatorte, from seasonal petits fours to – most recently – gluten-free and lactose-free versions of our confectionery.

Our customers also enjoy our savoury delicacies, ranging from exquisite filled rolls to fine pastries and hot meals. Leomare Qualtinger described the food in her column in the Kurier newspaper like this:

"What a fascinating buffet: Whether you want sweet or savoury, it’s all there! The beautifully presented starters such as roast beef, country ham or filet mignon make you look forward to the saddle of venison, tenderloin pork Wellington or carp with root vegetables that follow. You can eat your way through from gravlax, stuffed ham rolls or spicy chicken salad to petits fours or the famous apple strudel, which cunning young brides take home and heat up to pass off as their own."

The motto of Conditorei Sluka, whose name stands for quality, craftsmanship and exclusivity, has always been: "Preserve the old, create the new".